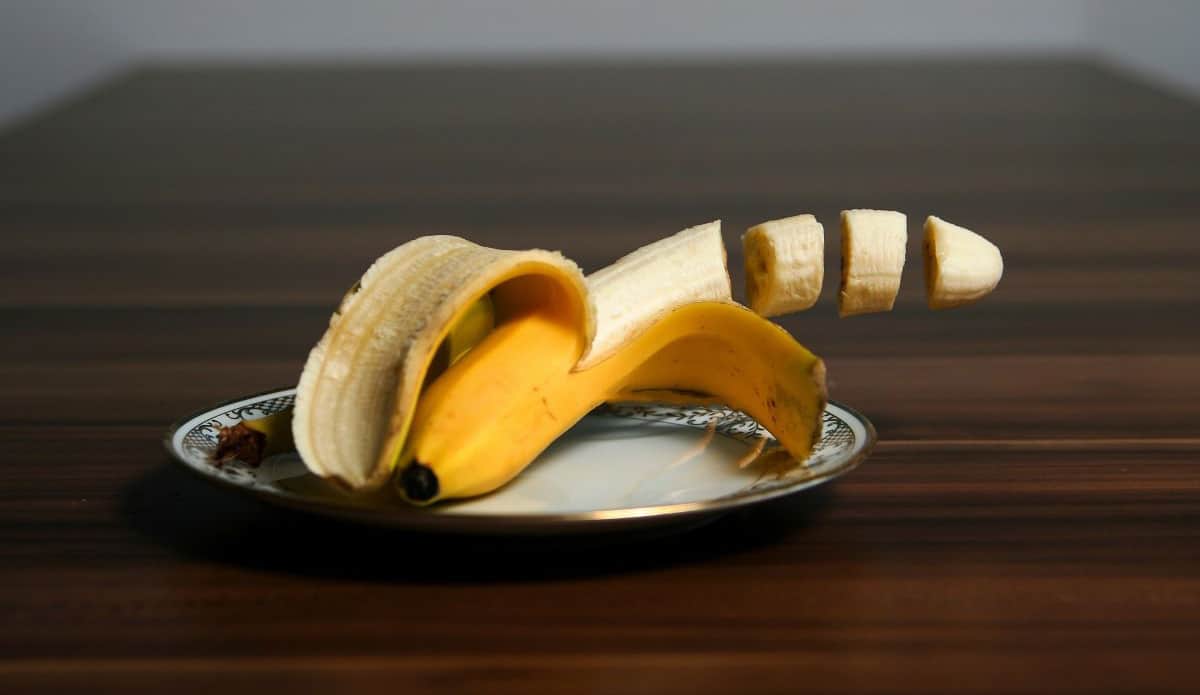 I share fascinating fruit facts, practical fruit demonstrations, and mouth-watering fruit recipes. I also bust some myths surrounding fruit so I can inspire you to start eating more fruit in your diet so you can experience the energy, happiness and lean, strong body that WILL come naturally to you when you start eating natural foods.

Every month I focus on going deep into a different type of fruit. This month it is bananas and I think you’re going to LOVE what I have to share. 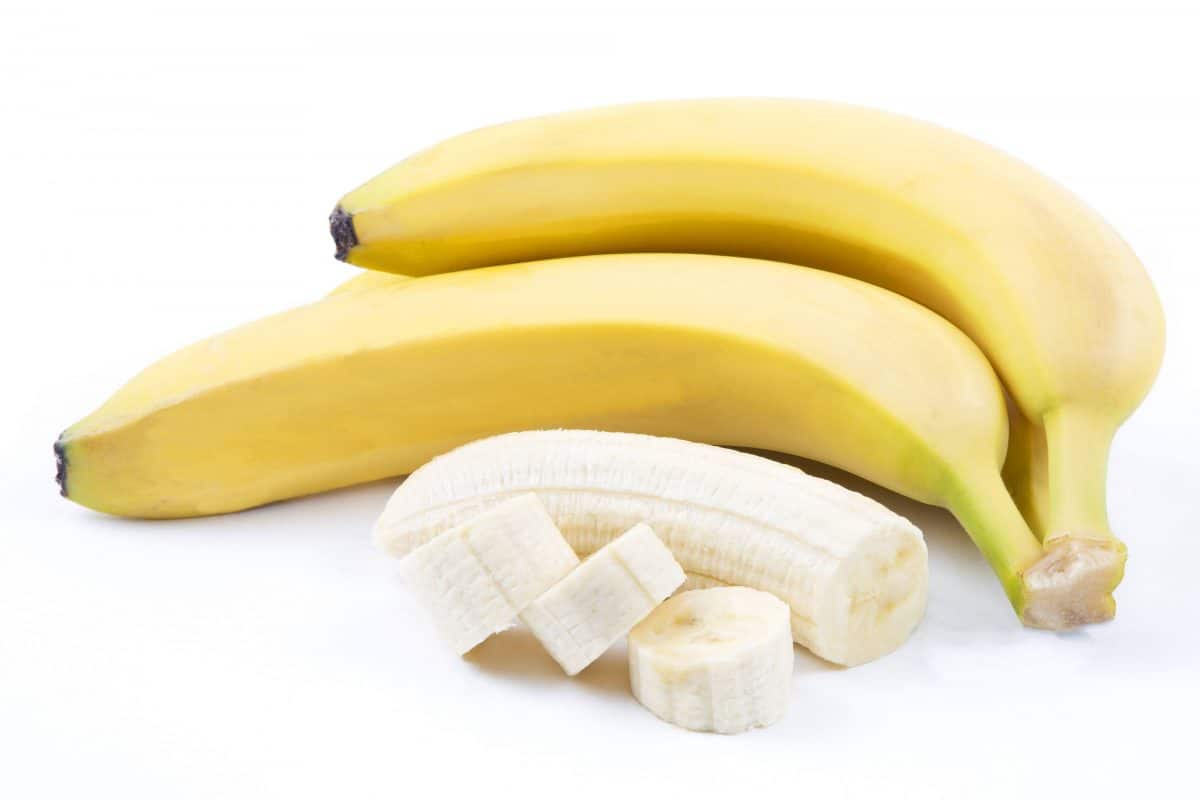 The banana is one of the most well loved and commonly eaten fruit, but how much do we really know about it? You’re about to know a whole lot more!

The scientific name for the banana is musa sapientum, which translates to ‘fruit of the wise men’. I agree, that it’s a very wise thing to do to eat bananas. 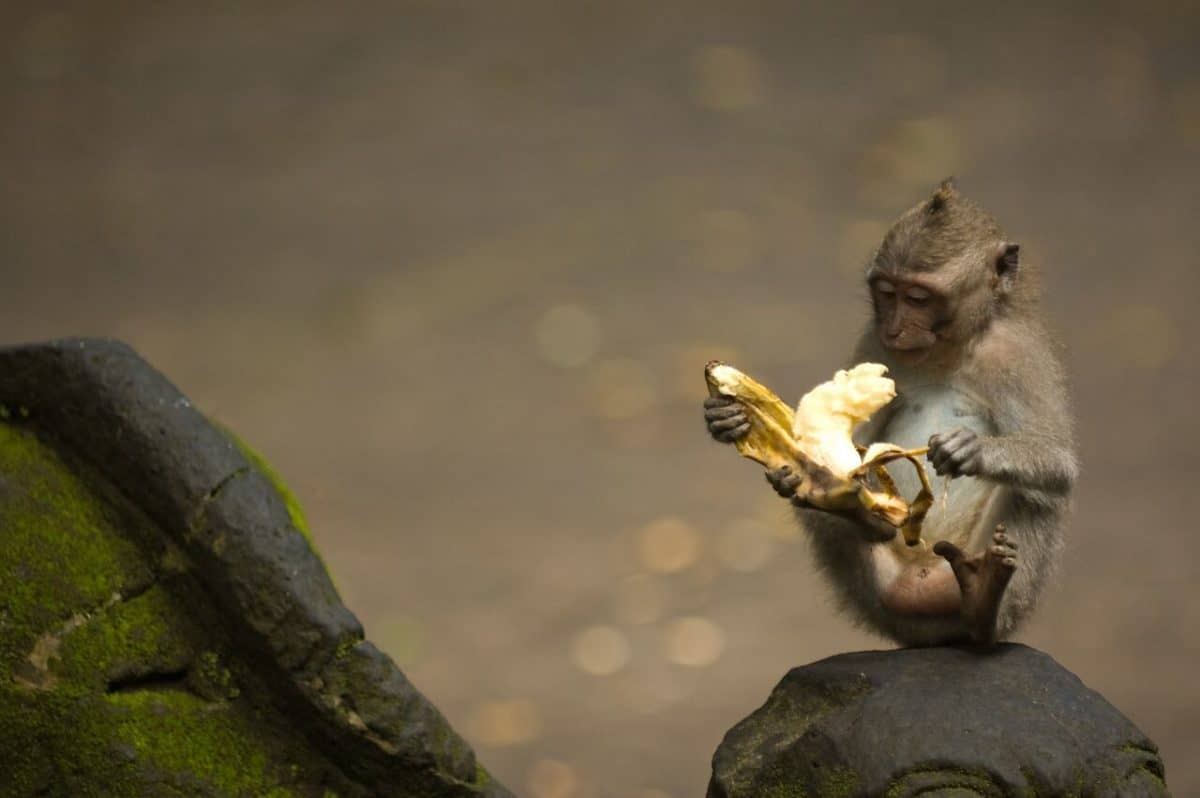 Bananas float in water, and so do apples, and also the heavy watermelon.

Here’s something interesting you probably don’t know about bananas. A banana plant is actually a herb! The largest herb in the world, and in the same family as the palm tree. Each plant grows a cluster of bananas called ‘hands’ of up to 200 bananas. Each hand contains 10-20 bananas which are called ‘fingers’.

What about the rumour that bananas are actually berries?

{READ THIS:Is A Banana A Berry? I Reveal THE TRUTH} 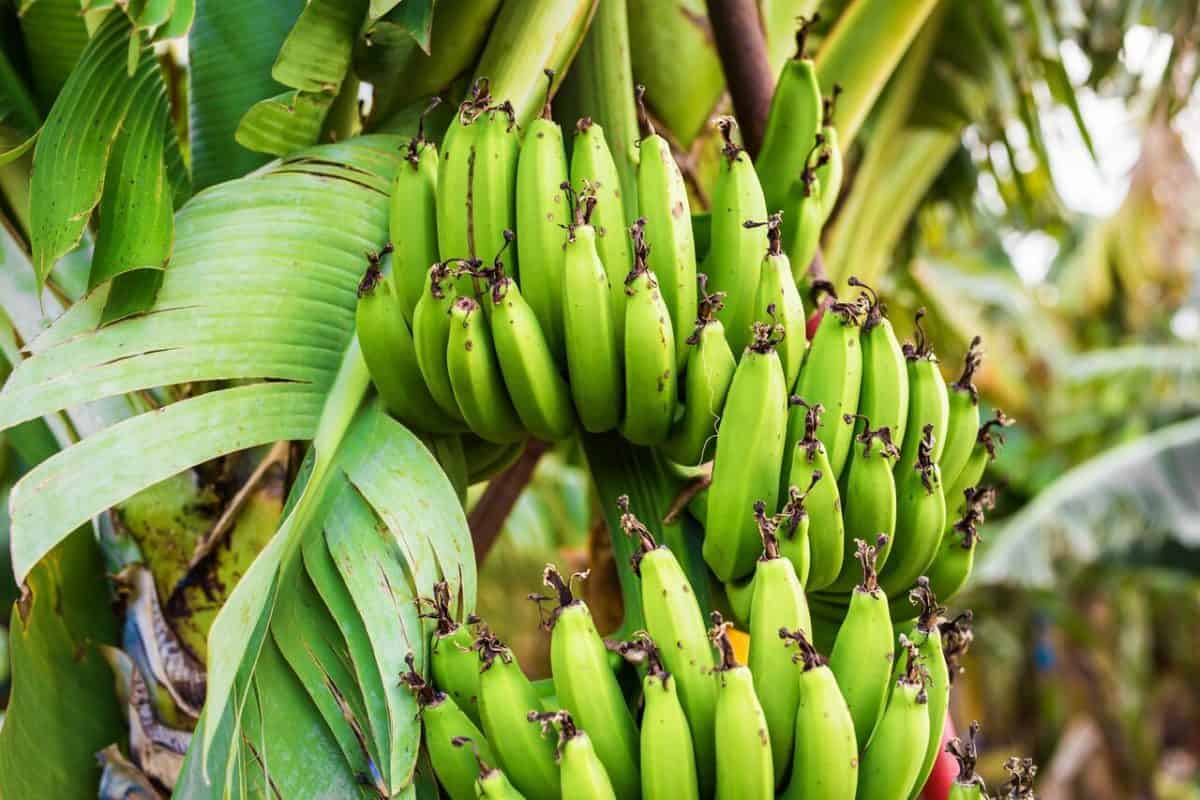 The only place in the U.S. where bananas are grown commercially is Hawaii.  Most of the bananas America eats come from countries in Latin and South America such as Costa Rica, Ecuador, Colombia, Honduras, Panama and Guatemala. Most tropical fruit available in Europe are exported from Latin America and West Africa. 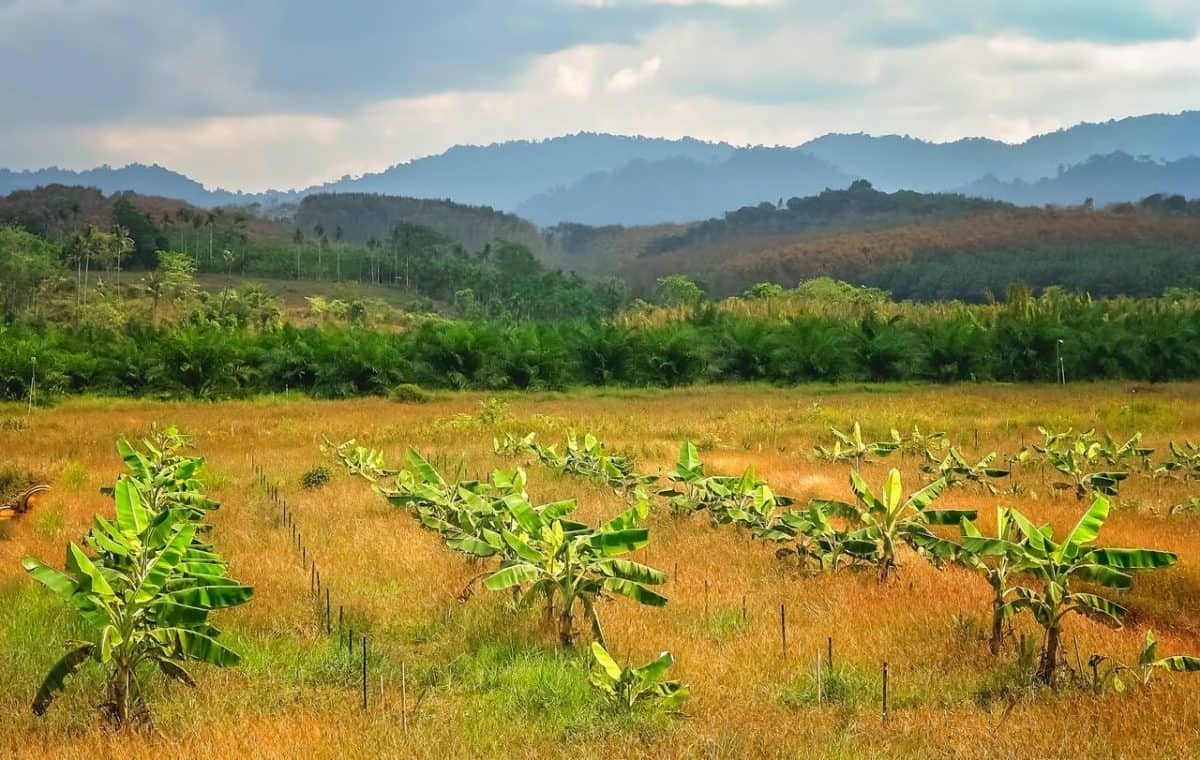 Bananas originated in Southeast Asia around 8000 to 5000 BC.

Bananas are believed to have been the world’s first cultivated fruit. From Southeast Asia, the fruit was brought west by Arab conquerors and then carried to the New World by explorers and missionaries. 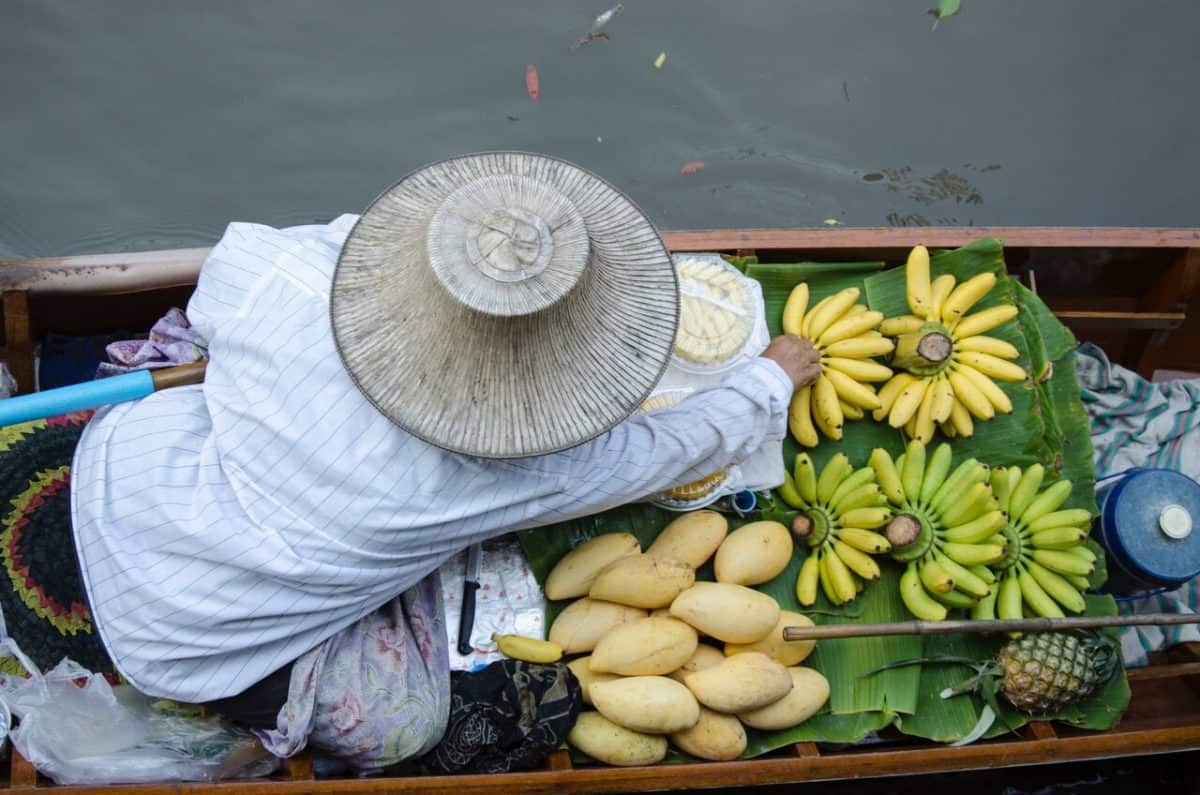 The main type of banana that you see in stores across the world is the cavendish banana. Before the cavendish, we used to have the Gros Michel (pronounced Grow Michelle) but it became extinct by 1960s due to a fungus called Panama disease.  The cavendish banana is under the same threat today. More about how devastating this can be later. 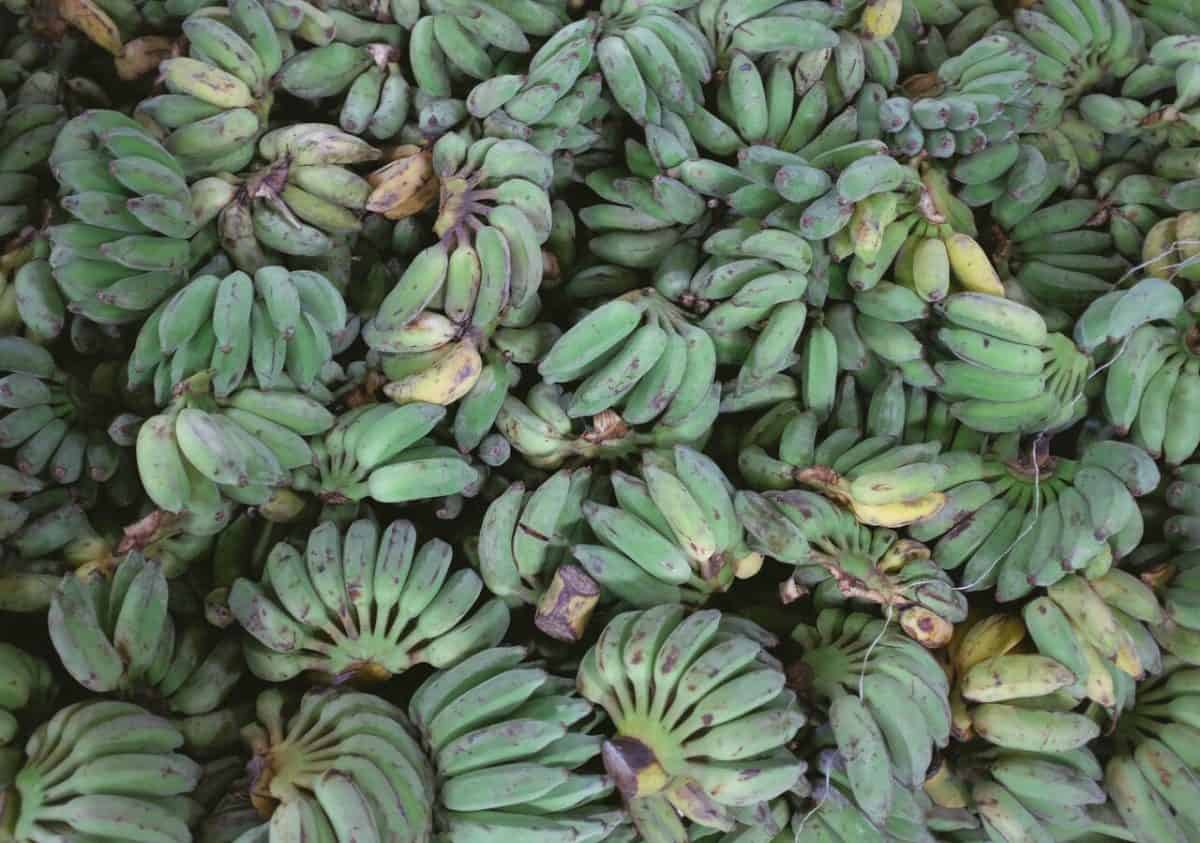 Although we only get to try one variety of banana, it is estimated that there are more than 1,000 types of bananas in the world, which are subdivided into 50 groups.  There are all kinds of unusual bananas such as the apple banana or the bubblegum pink banana! If you want to try some different types of bananas, get yourself over to a place called Going Bananas, in Florida, which grow over 79 varieties of bananas, and you can buy the banana plants there.  They also ship internationally. 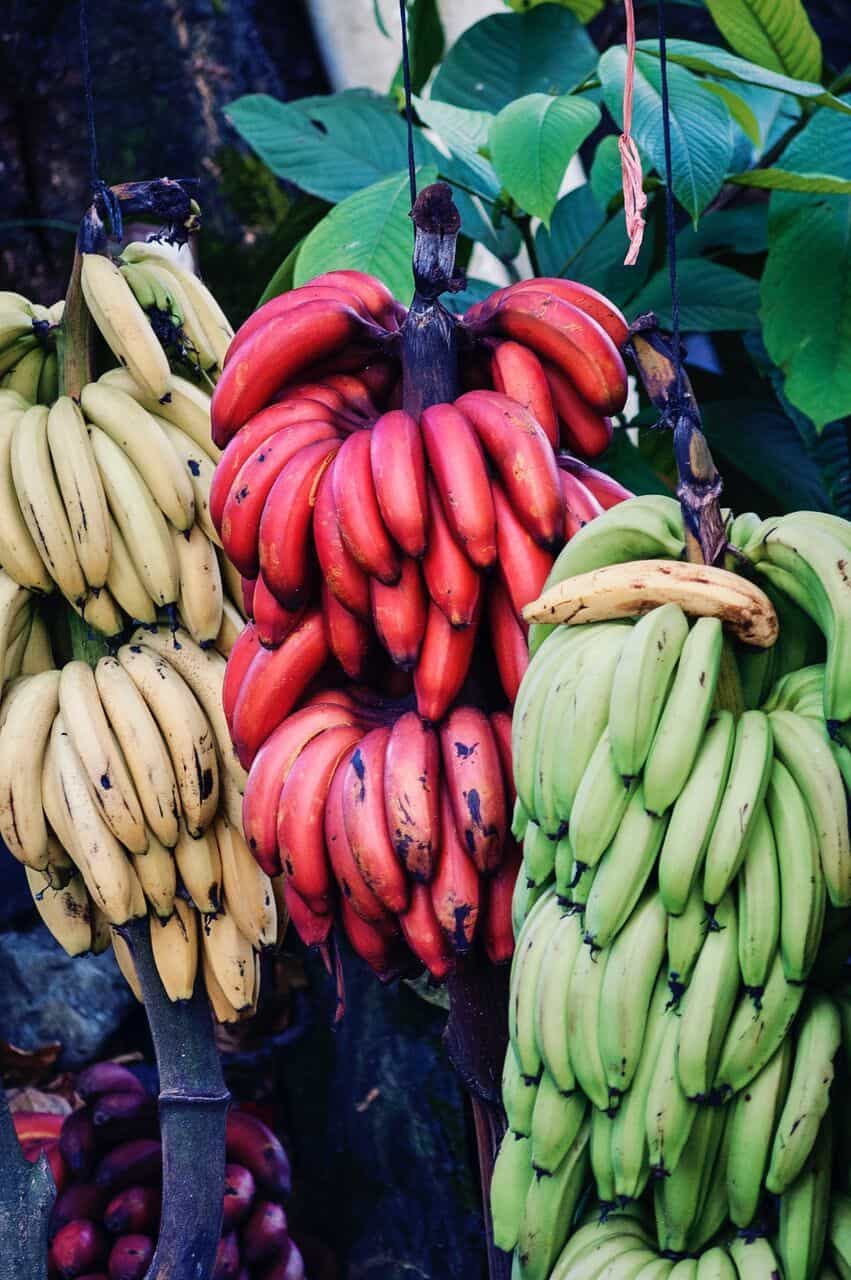 Bananas used to contain so many bitter black seeds that they were pretty much inedible. Now the cultivated banana is extremely easy to eat and very delicious. 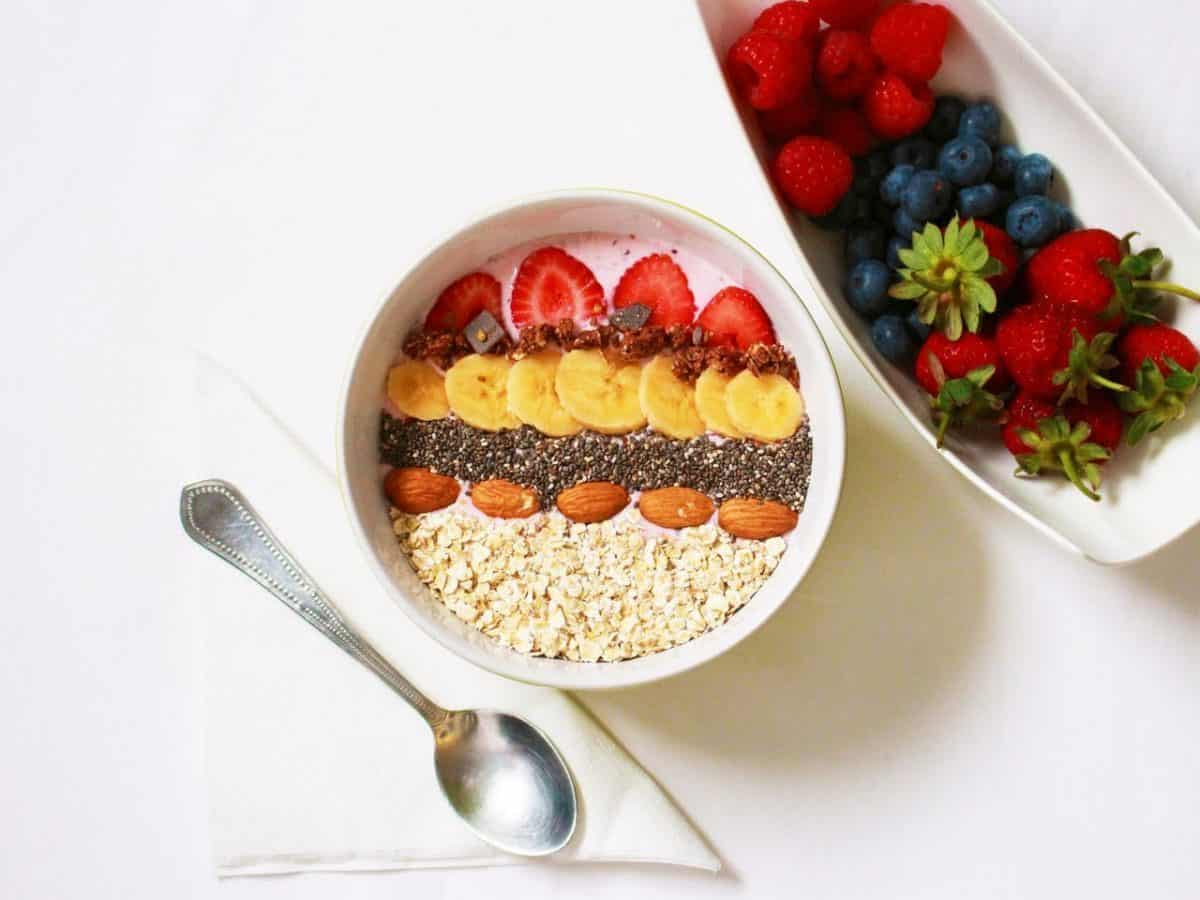 In Japan, and other cultures, they use the fiber in the banana plant to make fabric and even paper.  I bought some banana paper myself when I was in Egypt. 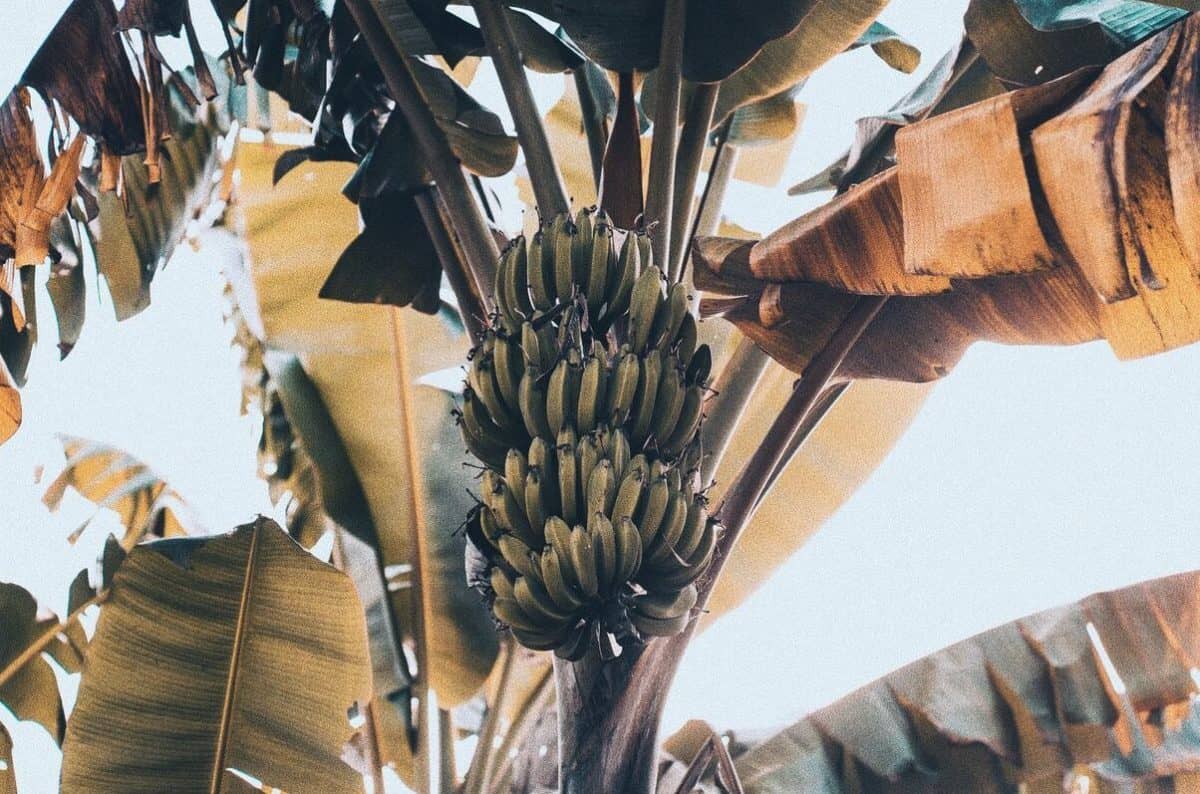 We eat more than 100 billion bananas every year worldwide.  This helps bananas to repeatedly feature in the top 20 most popular agricultural products.

Bananas are very high in nutrients as they are full of potassium, fibre, vitamin c, calcium, iron and many other nutrients.  Studies have shown that eating bananas can protect you from heart attacks, strokes and cancer. I have a post where I got into more about the nutrients of a banana, called 10 EXTRAORDINARY Banana Nutrition Facts. 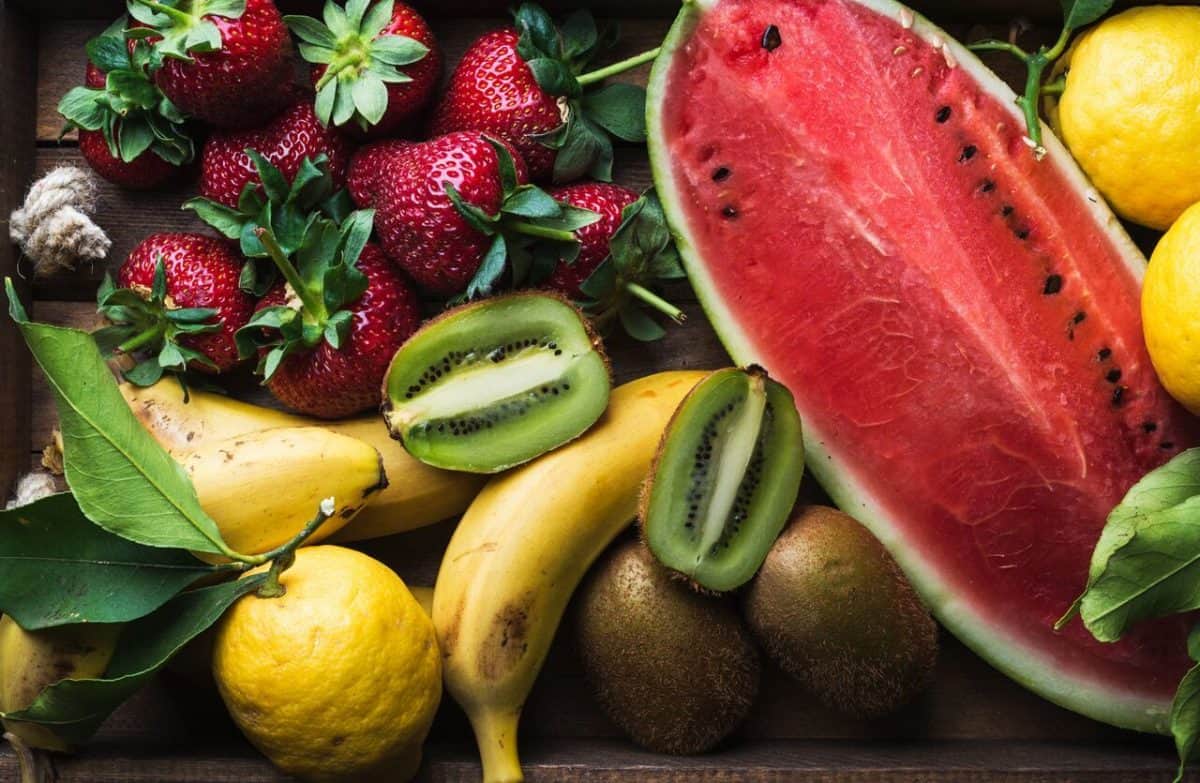 Popularity of the banana is rising.  About 96% of American households buy bananas at least once a month. 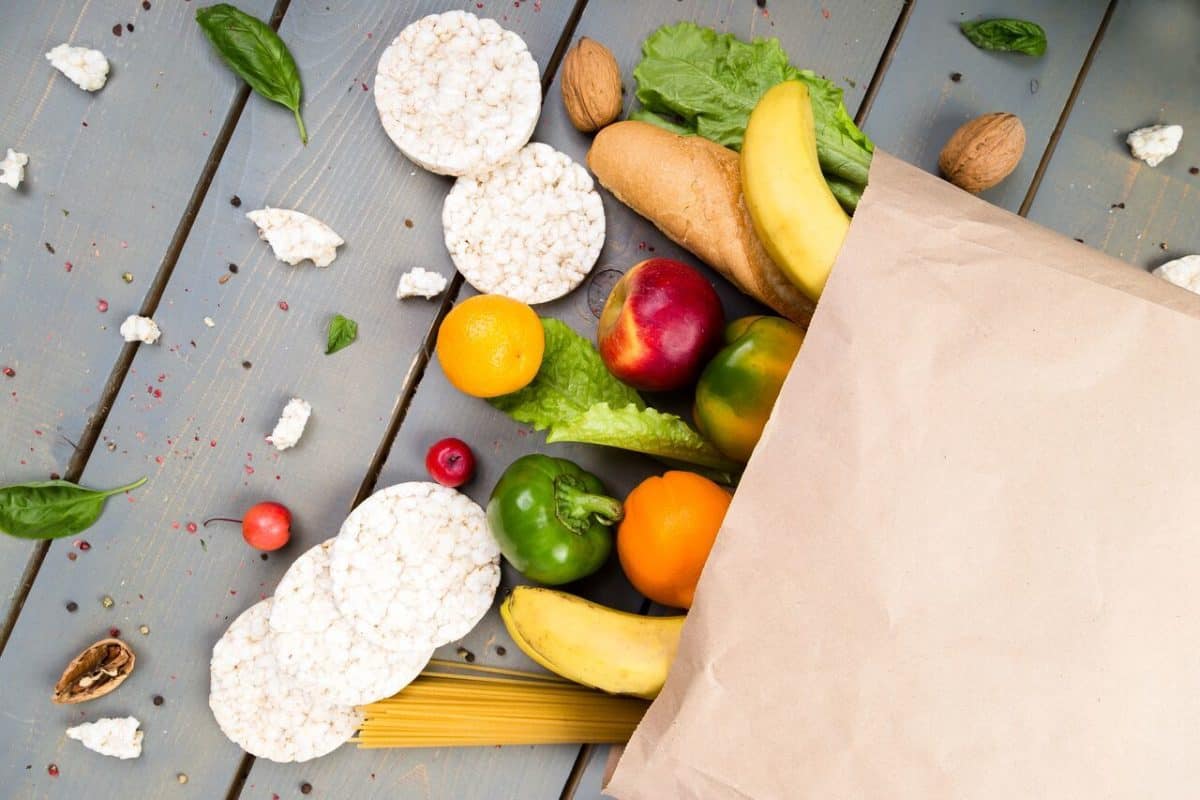 Bananas are one of the highest calorie sources of all fruits.  A medium to large banana can be around 100 calories. This makes them the perfect quick food source to stave off hunger pangs, a quick snack to keep sugar levels balanced, or a good pre or post workout snack.  They’re great for people who expend a lot of energy. 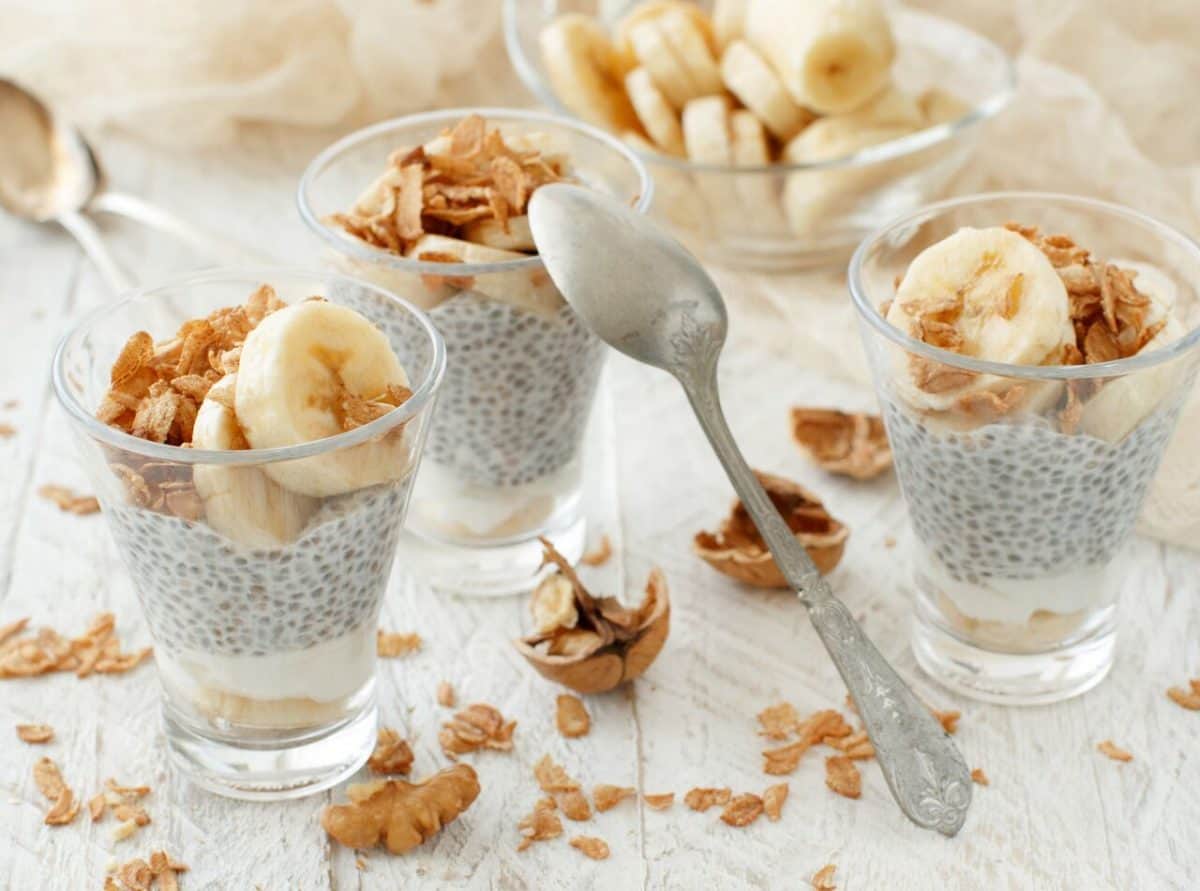 Bananas are a staple food for many developing countries and only around 15 to 20% of all bananas are exported to the global market. 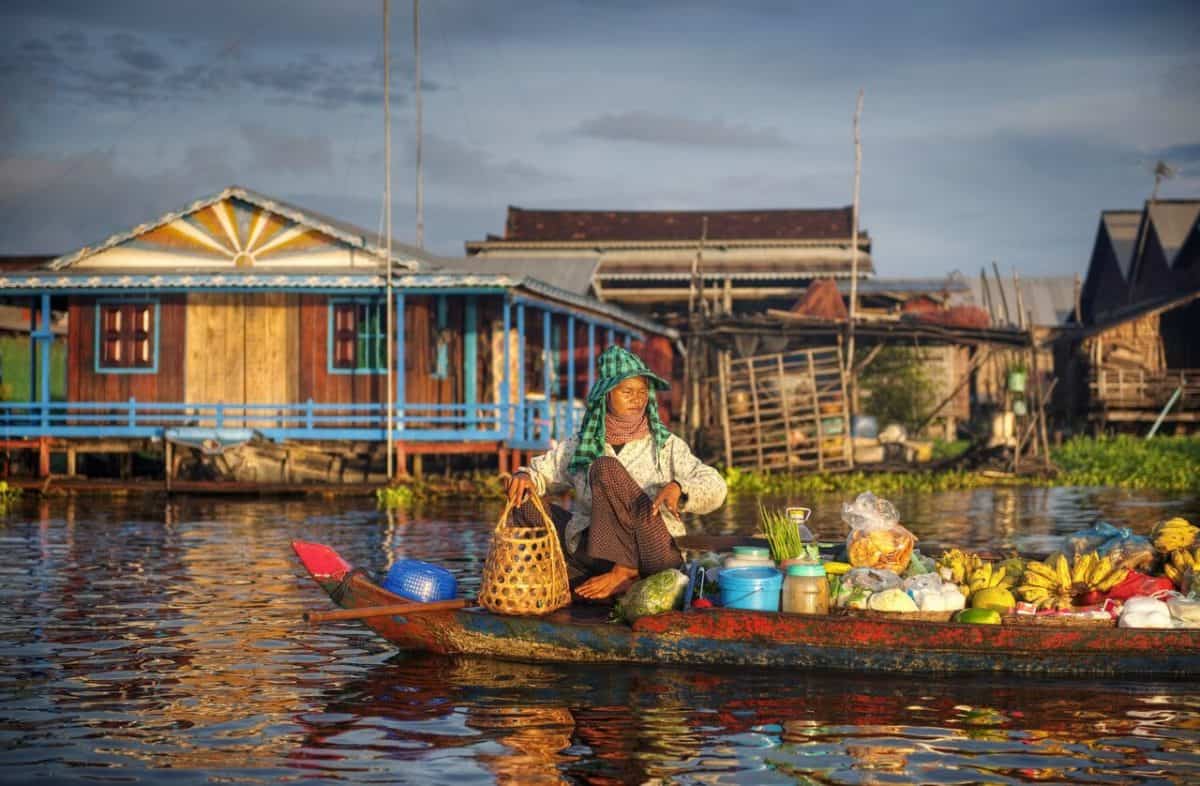 Bananas are picked unripe from the tree and left to slowly ripen.  The hotter the environment, the faster they will ripen.

{READ THIS: How To Ripen Bananas (FAST & EASY) Try It Today}

{READ THIS: How To Tell When Bananas Are Ripe (And Good To Eat)} 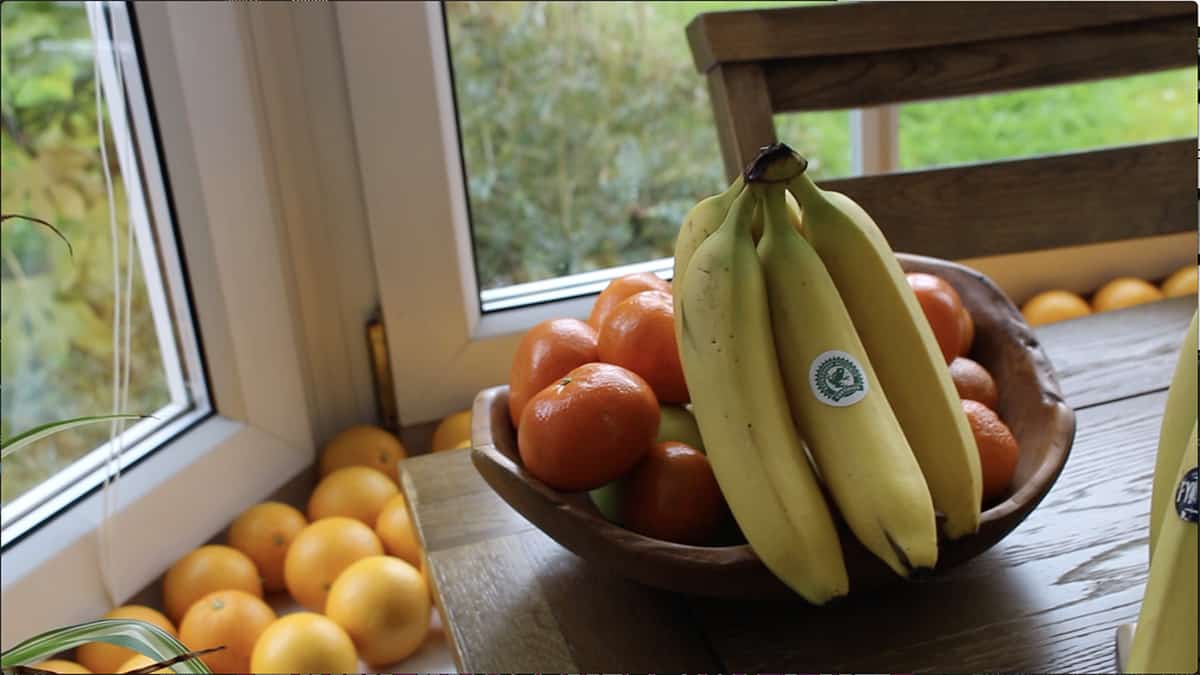 Bananas are extremely cheap, especially considering they are a tropical fruit.  The reason bananas are able to be sold so cheaply is because of the way they are grown.

Most fruits are produced by pollen fertilisation. But when a farmer wants to grow a new banana plant they remove a part of an existing plant (either a side shoot, called a “sucker,” or an underground root-like structure called a “corm”) and puts it in the ground. Over time, it will grow into its own genetically identical plant.

Using this method, there’s no random variation among plants that growers need to worry about. Every banana you’ve ever eaten is a clone.  This enables banana growers to predictably grow and harvest fruit that grows in the same way and ripens in the same way, making it very cheap to grow bananas.

It’s great that the price of bananas is so low but it does come with some drawbacks.

Taste is one factor. We don’t get any variety at all in our bananas. They all taste exactly the same which does get quite boring in my opinion.

Tropical Race 4 has already spread from from Malaysia to Pakistan to Africa, and many fear it could hit Latin America at any time. It may not devastate the whole crops in the same way as Panama disease did, but as it wiped out plants, it will likely drive up the prices and make bananas less available than they are now.

So enjoy your cheap bananas while you can! 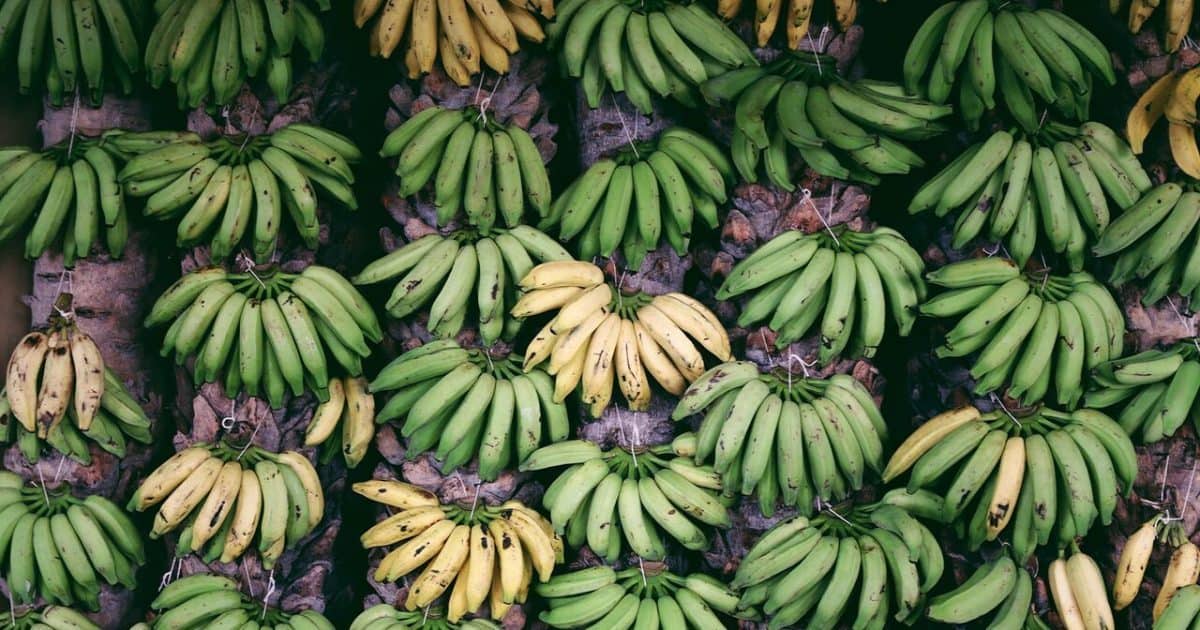 Wow, that was a lot of information!  So much good stuff here, so let’s do a quick recap so we don’t forget any of these fascinating banana facts…

Get my new FREE Magical Life of Fruit Recipe Book by clicking here.

I’ve compiled a list of helpful resources that will help you take things to the next level:

I share different content on each platform and I can’t wait to connect with you over there.

If you enjoyed these mind blowing 17 Banana Facts please let me know your thoughts in the comments.

I have helped millions of people to lose weight and boost their health through my two websites,
GreenThickies.com and MagicalLifeOfFruit.com.

I help busy people make delicious, easy plant-based, gluten free meals that are high in protein and low in calories.

I have helped millions of people to lose weight and boost their health through my two websites,
GreenThickies.com and MagicalLifeOfFruit.com.

Helping you make magic in the kitchen.

I help busy people make delicious, easy plant-based meals that are high in protein and low in calories.

I have helped millions of people to lose weight and boost their health through my two websites, GreenThickies.com and MagicalLifeOfFruit.com. Read More…

Important: The information contained in this website is for information only. The views provided are of the opinion of the author who does not hold any responsibility for any results or effects of the advice given. GP confirmation is recommended before making any changes that could affect your health. All images are copyrighted to their respective owners. GreenTHICKIES is a participant in the Amazon Services LLC Associates Program, an affiliate advertising program designed to provide a means for sites to earn advertising fees by advertising and linking to amazon.com, amazon.ca, and amazon.co.uk.

We are a participant in the Amazon Services LLC Associates Program, an affiliate advertising program designed to provide a means for us to earn fees by linking to Amazon.com and affiliated sites.
Click the links to download the following documents.